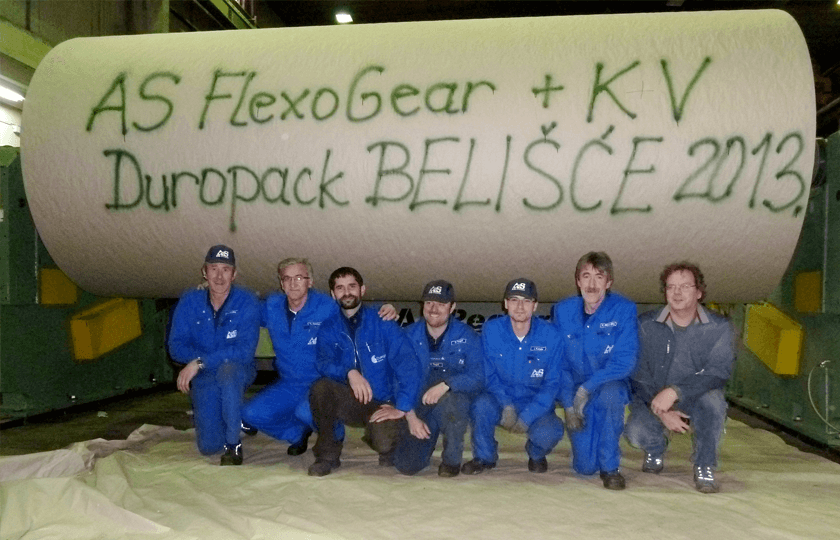 Posted at 14:49h in Uncategorized by Manuel Froncek

This article has been published in the magazine “Professional Papermaking” (PPM)

At the end of September 2013, the first step of the rebuild at DS Smith (Croatia) took place. The main targets of the rebuild were to speed up the PM 2 and to reduce maintenance expenses of the drive and lubrication technology. The company AS Drives & Services GmbH performed the rebuild as a main contractor together with the cooperation partner Kühne + Vogel Prozessautomatisierung Antriebstechnik GmbH. Six month after the rebuild the Professional Papermaking asks Mr. Dejan Brkic (mech. eng. Head of maintenance department), how the course of project was and what has changed since then. 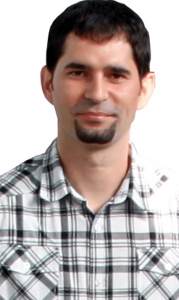 PPM: Which machine was rebuilt?

D. Brkic: At our site in Belisce we operate two machines, the PM 2 and the PM 3. On both machines, we produce test liner and recycled fluting with a grammage form 174 up to 200 g/m². One of our main targets was to speed up the PM 2 from 450 m/min up to 700 m/min, which is already technically possible in the rebuilt sections. It has to be said that today we only produce with 550 m/min. The reason therefore is a bottleneck in the press and wire section. In addition, the first and second dryer group should be rebuilt in a second step. We already have the proposals to rebuild these areas, which will be performed in the near future.

PPM: How would you describe the situation before the rebuild?

D. Brkic: We were very limited, with a regard to the speed. Over a speed of more than 450 m/min we have rapid vibration increase up to 13 mm/s. Beside the wish to speed up, we also focused on a constant and stable production in the dryer groups. We often had problems with the old drive system due to the poor reliability, both mechanical and electrical. Sometimes the gearboxes where only one month in use, before they broke, especially in groups 3 and 5. This leads to frequent long lasting unplanned shuts caused by damaged gear boxes and their replacement. Difficulties with the assembly and the disassembly of the gearboxes took 10 hours and more. Because of the age of the equipment from 1974, we often had problems with the spare part availability, which also leads to very high prices and long delivery times. Other problems were the high maintenance costs and the bad control of the DC motors. We also had paper breaks, due to the bad speed synchronization between the dryer groups. The old drive got additionally a negative influence on the lifetime of the dryer fabrics. At last, the very high background noise was a problem.

PPM: What does the old lubrication system looks like, before the rebuild?

D. Brkic: The lubrication system before the rebuild was very obsolete and without a cooling or degassing system. Sometimes we had problems with the temperature of the oil, which leads to the situation that steam came out of the tank. Pollution in the tank has also a negative influence on the quality of the oil. We used very simple float-type flow meter, which were not very reliable and which we often had to be checked and to be cleaned. These maintenance works had to be done inside the hot dryer hood, because the flow meters were installed there. We could not control or grease the Cardan-shaft couplings of the old gearbox drive with the old lubrication system. This was realised manually during a stand still.

PPM: What was the reason to choose AS and K+V as suppliers for this rebuild?

D. Brkic: The longer negotiating stages and the resulting shorter delivery times were no hindrance for AS and K+V to execute this project as a main contractor. For us it was also the best technical solution for adequate price. Furthermore the good reputation of AS and K+V in several rebuild projects convinced us to choose them. We already obtained best experiences in 2007 with K+V rebuilding our reel cutter/winder machine. Even before the rebuild, we got quick feedback and response in all points regarding the rebuild.

PPM: Which product features convinced you to give the order to AS and K+V?

D. Brkic: Especially the flexibility of the gear box solution FlexoGear® from AS convinced us. The gearboxes are only mounted on the cylinder journal and support each other with a special torque support. We can drive up to two gearboxes and two cylinders with only one motor with the selected solution. Alternatively, we can drive critical cylinders separately, while using the same torque support. (See picture). We only need one FlexoGear®-gearbox as a spare part. The spare FlexoGear® can be installed at any position, due to the similar design of all installed FlexoGear® gearboxes. The control of the multiple motor drives should be done completely by the company K+V and should lead to a smooth run and counteract the sheet flutter. We see the advantage of the central lubrication unit Lubriflex® from AS in the special degassing and cleaning system. In addition, the Lubriflex® can heat up or cool down the oil, so that the oil got the right temperature at any time. In this way, we can slowly heat up the oil in the start-up phase. Finally, we decide us for the flow meter FlexoFlow®, because they adjust themselves fully automatically. All required information will be provided to the PLC. The control effort will be reduced to a minimum, because the FlexoFlow® will control the lubrication points simultaneous and independently. (Fig. 1, 2, 3) 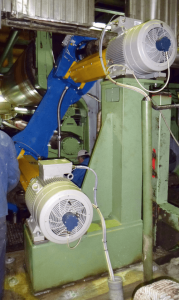 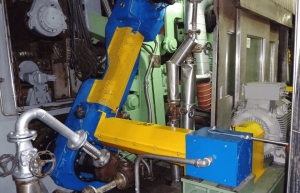 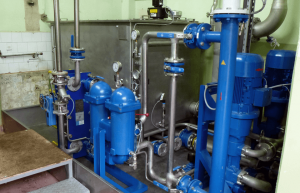 PPM: What was the scope of the project?

D. Brkic: All drives of the 3rd until 6th dryer group were rebuilt. The new drive consists of a motor-gearbox combination with the corresponding sectional drive control unit. Overall AS installed 14 FlexoGear®-gearboxes. The oil-supply for the gearboxes and for the other lubrication points was also part of the project as well as the modification of the steam joints, siphons and the felt stretchers. For the oil-supply of the lubrication points, AS delivered a central lubrication unit Lubriflex® and 19 of the intelligent flow controller FlexoFlow®. The cooperation partner K+V covered the complete electrical part of the sectional drive control. This part included the delivery of new AC induction motors, a new switchgear unit and the modernization of local operator stations with state-of-the-art touch panels for visualization and control. In addition to this, K+V supplied an engineering station, the whole electrical installation and the commissioning of the sectional drive control as turn-key. AS was our single contact as a main contractor for the complete rebuild and took care about the engineering as well as assembly management.

PPM: How long does the rebuild last?

D. Brkic: According to the contract 10 days „from paper to paper“, but AS and K+V needed less time.

PPM: What has improved after the rebuild?

D. Brkic: After the start-up, the first improvement that came to everyone’s mind was the smooth run and lack of noise with the new drives. Gradually we raised the speed up to 700 m/min for testing and we were very impressed of the stability of the gearboxes. The smooth run and the well optimized control of the AC drives reduced drastic the sheet flutter and the corresponding paper breaks. Even the new lubrication technology with Lubriflex® and the intelligent flow controller FlexoFlow® means a big improvement for us. Now we have better information as well as the control of all lubrication points and the overall system performance. An extra advantage is that the FlexoFlow®s are installed outside of the drying hood. We very appreciate this easy to maintain solution. A further major advantage of the new sectional drive control is the scalability and expandability of the modular WebDrive+/Paper control system. Even the remaining old drives of the machine have already been integrated into the new control architecture, so that future step-by-step rebuilds of all other drives are easily achievable and affordable. (Fig . 4) 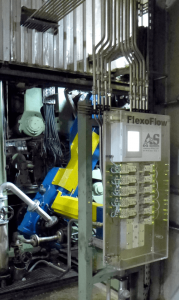 PPM: How was the procedure of the rebuild from your point of view, with a regard to organisation, safety and flexibility?

D. Brkic: All staff was very well organised and prepared for this rebuild. The communication between Belisce, AS and K+V was no problem. During the rebuild, there were some unexpected changes in the scope of the work for both sides. For example the cylinder bearings has to be changed, some cylinder journals where damaged on few cylinders and has to be replaced and the positions of Cylinder 23 & 40 were switched. Despite of all changes AS managed the job ahead of the schedule, thanks to good communication and the ability to adapt to new situations. From the beginning of the test period and after the start-up there was no problem caused by the new drive system.

PPM: What are the next steps?

D. Brkic: AS has itself proven as a reliable partner and hopefully, this means that the drive rebuild project on PM 2 is just the first one and that we will work together on new projects in the near future. For example, we have the upcoming rebuild of the press- and wire section, as mentioned at the beginning. Also the implementation of the dryer cylinder bearing into the central lubrication system as well as the control via FlexoFlow® is on the plan and the rebuild of the 1st and 2nd dryer group with FlexoGear®.

PPM: Thank you very much for the interview and we wish you good luck with the rebuild.